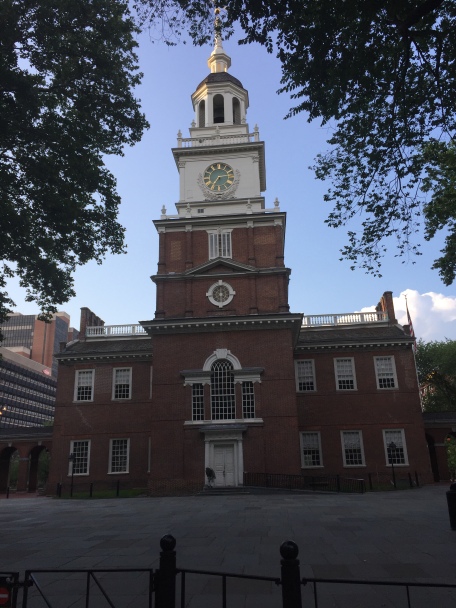 One of many home runs by Big Papi 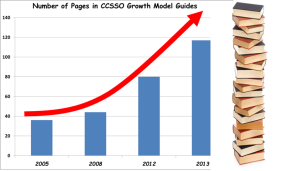 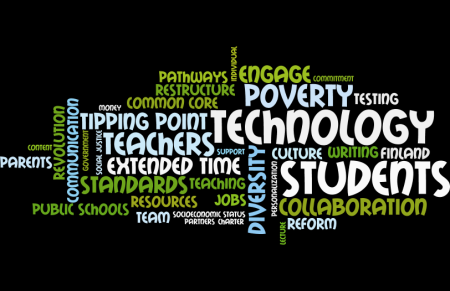 As I look back at the thirteen essays that I posted in 2016, it is clear that the dominant theme of the blog this year was that we need to acknowledge and accept our limitations.  Specifically, across the essays there were three messages:

On the surface, a year of essays focused on limitations sounds somewhat bleak.  Overall, however, I am pretty certain that the message was intended to be uplifting and encouraging.  My July 4th essay, We Hold These Truths To Be Self-Evident…, addressed the truth that there are no truths or at least there are no absolutes: reality is contextual, we cannot eliminate uncertainty, and modeling is not measurement.  As they say, a man’s got to know his limitations.  After all, without an awareness and appreciation of our current limitations, how can we hope to improve?

Citius, Altius, Fortius – used the Rio 2016 Olympics as the context to discuss the ways in which particular values and constraints shape the design of accountability systems.

Interval Scales, Unicorns, and Non-stick pans – turned my frustration with sitting in traffic into a discussion of the relevance, or lack thereof, of certain measurement concepts (i.e., interval scales) that perhaps we rely on a little more than we should.

And all the teachers are above average – made a case for the appropriateness of using a normed-referenced criterion in an accountability system, particularly in cases where there is not an established standard or in situations where we expect that a great deal of system-wide improvement over an extended period of time is needed to reach an acceptable standard.

The limited role of large-scale assessment

It’s January. Can Johnny Read? – we began the year with the seemingly obvious observation that annual assessments cannot provide information about what students can do at any given point in time during the school year (i.e., when teachers are making instructional decisions for individual students).

Is that all there is? – addressed the need to make a compelling case for the use of large-scale assessment, particularly when those assessments require the allocation of significant resources and are used for high-stakes accountability purposes.

This is my fight song? – used the common task of placing wristbands on concert-goers old enough to purchase alcoholic beverages as a call for placing more thought on whether the current requirements for large-scale assessment are consistent with the principle form follows function.

It’s Deju Vu All Over Again – offered a cautionary look back at the decisions that influenced the design of NCLB assessment programs as states are beginning to plan their assessments under ESSA.

The Road to Hell and High-Quality Assessment – called for restraint in holding large-scale assessments up to standards that a) they cannot meet or b) they should not attempt to meet.

The Purpose of Education

Two of the essays addressed the need for a serious conversation about the purpose and future of public education.  What is it that we really want our schools to accomplish?  Are we willing to identify the resources needed to accomplish those goals and purposes? And are we willing to make a commitment to allocate those resources before holding students and educators accountable?

In the blink of an eye – used the occasion of my 35th college reunion to address the dual goals of equity and excellence, the conflicts between those goals, things that had changed over the last 35 years and things that had stayed the same.

One Small Step – proposed three goals that might be achievable “small steps” or starting points for public discourse on education reform: develop a clear and complete definition of college- and career-readiness; agree on the limited amount of content knowledge and skills that are critical for all adults to possess when they complete public schooling; and renewing a commitment to meet President Clinton’s 1996 technology goals for schools.

The Gift Was Ours to Borrow

My November essay, A Month of Goodbyes, reminds us of the need to enjoy, appreciate, and make the most of the time that we have.  In that essay, I say goodbye to Stan Deno, who passed away in October.  Earlier this month, we said goodbye to George Madaus.  Both men were giants in the field and influenced the lives of so many people over so many years.  Both men also lived long lives and knew that the end of their journey on earth was near. Life, however, can change in an instant.  In March, I watched a young singer, Christina Grimmie, perform on her 22nd birthday.  Three months later she was murdered at a similar concert.  Earlier this month, a friend’s 21 year old son was driving at lunchtime when his truck rolled off of the road, changing the rest of their lives.

In the musical Hamilton, one of the questions asked of Alexander Hamilton throughout the show is “why do you write like you’re running out of time?”  Of course, none of us knows when our time will run out.  I am looking forward to 2017 and a third year of sharing my thoughts through this blog.  I may not be able to emulate Alexander Hamilton and write day and night, but I resolve to write more often and more regularly.  Looking ahead to 2017, I turn once more to lyrics from Hamilton: