A story of Learning, Loss, and Middle School Life

This is the story of two girls, Emma and Allie. They met on the softball team in the spring of third grade. They became fast friends. Even though they just met, it was like they had known each other their entire lives. 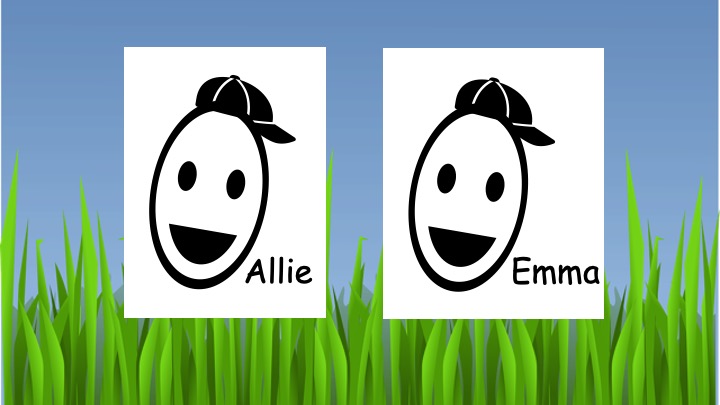 Over the next few years, the girls were inseparable. If you saw Emma, Allie was sure to be nearby. They did everything together. They played softball in the spring and soccer in the fall. On Wednesdays they wore pink.

Emma and Allie both loved to read and they wrote long stories for each other, sometimes about books they had read, sometimes just expressing their thoughts about whatever was happening on Instagram or TikTok that day. They also wore out math puzzle games on the internet.  And they spent hours watching cute cat videos.

They didn’t talk much about other subject areas like art, music, social studies, science, or world languages, but I assume that they were on the same page on those subjects as well.

It looked like they were going to sail through middle school together. Next year they would be in 8th Grade – queens of the schools. Then, in the spring of 7th grade things began to change – as they often do.

Emma was sure not sure what was happening, but Allie seemed more remote. There were no more hugs; no smiles, just a blank face staring back at her. Even when they were together in the same place, it was like they were always at least six feet apart.

By the time school started again in the fall, it was clear that Emma and Allie were no longer Emma and Allie. Someone had come between them.  It was the new girl – Dani.

At first, we thought that Dani was from the U.K. because of the way she talked, but it turns out she was from South Africa. I think that her mother might have come from Italy or China, originally, but I’m not sure. We never really saw any of the girls’ parents. Anyway …

Dani was different. She didn’t play softball. She didn’t like to read, write, or solve math puzzles. And she always carried this little dog.   Now, Emma loved dogs, but this wasn’t even like a real dog. You couldn’t run and play and throw a ball around with the little thing that lived in Dani’s purse. Nope, Emma knew that she had to stop trying to make fetch happen it’s not going to happen with this dog.  Emma was sad.

By the end of 8th grade, it was clear that Dani had driven a wedge between Emma and Allie.

In the fall, Emma along with Allie and Dani were off to high school. Right away, their Math teacher, Ms. Fey, who was also the girls’ softball coach, noticed that something wasn’t right between Emma and Allie.   And she knew that it was Dani.

Ms. Fey worked really hard all year to bring Emma, Allie, and Dani close together. She discovered the girls’ common interests in music (Taylor Swift), poetry (thanks to Amanda Gorman), and a burgeoning interest in social activism.  Working with other teachers, she was able to weave these things throughout the curriculum.

Very soon, Ms. Fey began to see a change in Emma, Allie, and Dani. By the end of the year, Emma and Allie were nearly inseparable again. Dani was right there between them, of course, as she always would be.  It was clear that things would soon be back to normal. 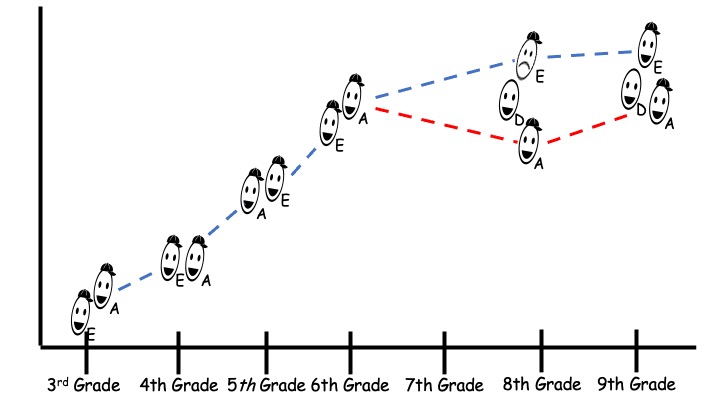 Being trained professionals, Ms. Fey and the rest of the teachers realized that if this had happened to Emma and Allie, it was probably also happening to other students. They set up a school-wide program to apply what they had learned. They also reached out and shared the program with the teachers in the middle school so that situations like Emma and Allie’s could be nipped in the bud or avoided altogether.

Eventually, Ms. Fey’s talents were recognized by the district and she was offered the position of assistant principal. She decided, however, that she could contribute more by staying closer to teaching. She convinced the district to create a new Instructional Coach position. But we’ll save that story for the sequel.

Header image by Pezibear from Pixabay