Is there a two-word phrase that fills the mind and soul with a greater sense of excitement and hope for what lies ahead – Free Samples, Half Off, I Do, I’m Pregnant, Leave Meeting?

No, nothing comes close to the start of baseball season.

Coming out of hibernation to reconnect with an old friend and renew the journey that you have taking together for so many years.

For me, the journey began in the summer of ’67, an 8-year-old swept up with my family and the rest of Boston and New England in the Red Sox Impossible Dream season. My first trip to Fenway Park with my Dad – July 13, 1967 – a 10-0 loss to the Orioles. I was hooked. No city kid will ever forget their first time seeing all that green – the field, the wall, everything. I left the park that night clutching a pennant and a bobblehead, and I left a lifelong member of Red Sox Nation.

My second trip to Fenway was Game 2 of the 1967 World Series, tickets via a friend of my uncle – the uncle who drove a big rig and whose family lived in the third-floor apartment of our Dorchester triple-decker. (My grandparents and another uncle lived on the second floor.) My mother came midmorning to take me out of my third-grade class. Lonborg pitched a 1-hitter. Yaz hit two home runs. The Sox beat the Cardinals 5-0, but lost the series in 7 games.

Forty-six years later I was the one picking up my daughter at school (Wesleyan University) to take her to Game 2 of the 2013 World Series, tickets via an online lottery. David Ortiz hit a home run. The Sox lost that game to the Cardinals, but won the Series.

My time playing organized baseball was brief, beginning in the spring of 1968 and ending in early summer 1971, leaving our little league all-star team for a family trip around the country.

But baseball was always more than playing organized ball. It was wiffle ball in the back yard, stick ball in the street, and half ball – you had to do something when the pimple ball split in half. And yes, it was a source of endless real and simulated data and statistics.

Moving further away from “organized” ball in college, baseball became softball and the Dudley House intramural team. Lazy, sunny afternoons across the river with future titans of industry and finance, a lawyer or two, plus the guy who (according to legend) a few years later would later put Dukakis into that tank.

Next came helping to organize the softball team at Advanced Systems in Measurement and Evaluation – the ASME Ants (Ants – they are worked hard, are able to lift several times their body weight, and care for their dead – seemed appropriate) Gathering after work at the local cemetery (the unused part) for a summer of friendly, weekly games against the women and men of Pottery by Andy.  Taking the field with our president sporting his modified blue GIANTS cap. Reach the piles of dirt in right field on the fly – home run. Hit the beer can next to the shortstop – win a prize.

Most of my love of baseball, however, comes from things that took place off the field. Listening to games at night on a transistor radio and watching the game of the week on television on the weekend. The freedom of being allowed to take the subway into Boston with a friend to see a Saturday afternoon game. Although we were a basketball family, it was baseball and the Red Sox that connected us from one generation to the next to the next to the next. And yes, it was not lost on me that baseball is an endless source of real and simulated data and statistics.

Baseball also is about connecting with something familiar no matter where you are. Upon moving to Minneapolis for graduate school in late September 1983, my first trip off campus was a walk to The Metrodome for one of the Twins final games of the season. Indoors, under an inflatable roof, balls bouncing rather than rolling when they land on the turf, and virtually all alone in the center field stands; but it was baseball. I was there to witness Roger Clemens earn his first major league win, a fly ball getting stuck in the roof, and watching a game during a severe thunderstorm that tore off part of the roof. I left the house at 4:30 on a Saturday morning to wait in line when a final batch of tickets were released for the 1985 All-Star game. Even now, when I plan visits to Minnesota or friends from Minnesota visit Boston, we always check the Twins or Red Sox schedule. Baseball. 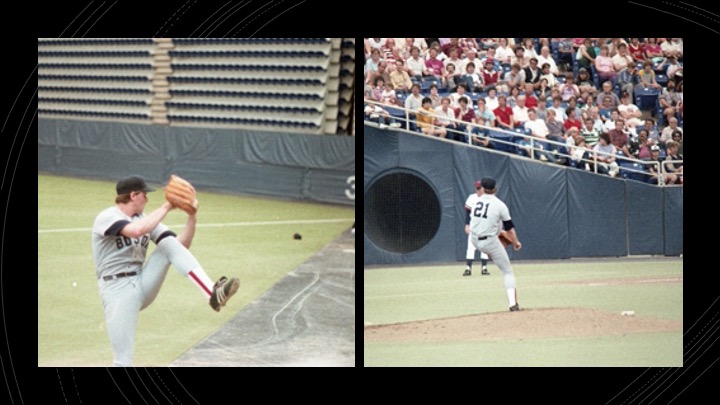 Baseball is not about season tickets. That level of commitment would be too intense. Baseball is meant to reside in the background as you live your life. It’s there on the radio or the MLB app while you are in your car running errands, working out, or watching a movie. It’s there every day (except the occasional Monday or Thursday and when it rains) for seven months, eight if it’s a good year.

Attending a baseball game is not an event like going to a Taylor Swift concert or a performance of Hamilton. Win or lose, it’s a relaxing day at the park. Settling into a comfortable seat at PNC Park in Pittsburgh, looking out at the bridges, rivers, and downtown skyline. Watching a game in Camden Yards in Baltimore and then strolling over to the Inner Harbor for crab cakes. Taking the light rail to Oracle Park by the bay in San Francisco and well, freezing your ass off even in July, but still, it’s beautiful and it’s baseball.

So, I welcome Opening Day 2021, looking forward to what lies ahead this year and with cherished memories of previous Opening Days and seasons past.  And if it doesn’t work out for the Red Sox or Twins this year… just wait ‘til next year!