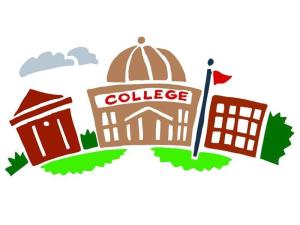 A is for Equity

When I think about admissions and assessment, several other ‘A’ words come to mind such as Aptitude, Achievement, Aristocracy and Affirmative Action, and most recently Affordability and Accessibility.  In each case, it appears that a driving force for the use of college admissions tests has been to increase equity in access to higher education.

For years, the major contrast between the two dominant college admissions tests was the focus on aptitude v. achievement.  The SAT was designed in the 1920s to measure intelligence, or aptitude. Its first use in selective colleges was to identify scholarship students who might be successful in college “regardless of the quality of the taker’s high school education.”  The ACT, in direct contrast, focused on more practical knowledge and was designed to test “academic achievement rather than innate intelligence,”  with the goal “to create freer, fairer access to educational opportunity…based on earned achievement, not unearned ‘aptitude’.” In recent decades, the focus of the SAT began drifting away from aptitude and toward achievement, with the most recent redesign intended to make the shift to achievement complete.

Although perhaps technically not an aristocracy, with the percentage of US adults earning a bachelor’s degree or higher not reaching 10% until the late 1960s, there is little question that across its 400-year history access to higher education was limited to a very small percentage of the population. As described above, a primary initial purpose of the use of the SAT was to rectify that situation – although some argue that the intent was the opposite from the beginning.  The question of whether admissions tests have been or can be used as a tool to improve equity in access to higher education is beyond the scope of this post.  Assessment is certainly not the only tool that has been used. What is not in dispute, however, is the importance that institutions of higher education now place on factors beyond achievement and test performance in building a class of incoming students.

As an increasing number of states adopted the ACT or SAT as their state assessment among the arguments for the use of the college admissions tests was that the state paying for all students to take these tests removed the cost of the test as a real or perceived barrier, thereby increasing access to higher education for all students.  Of course, affordability and accessibility could also refer to the affordability of college and the actual accessibility of the test to students with disabilities, English language learners, and economically disadvantaged students.

The figure above shows the sharp increase in the percentage of US adults with a bachelor’s degree or higher over the last 80 years – particularly since the late 1960s when data have been collected consistently.  Over that same time period,  NAEP Long Term Trend results for 17-year-olds in Reading and Mathematics from 1970 to 2012 have been flat. Perhaps US high school students have always been college-ready and it has just been a matter of providing access and opportunity.

In reality, any number of factors could contribute to the pattern shown above. A logical conclusion one might draw is that the relationship between K-12 student achievement and college admissions (and success) is complex; which means that the relationship between admissions and assessment is complex.  This complex relationship exists even though the admissions tests are more focused than ever on K-12 student achievement and an increasing number of states are using either the ACT or SAT as their high school state assessment. It is not as simple as students who are Proficient or Meet the Standard on their state assessment will be admitted to and succeed in college – even when such policies are established for admission to state colleges and universities.

The Future – You Can’t Get There From Here

ACT and the College Board are companies, nothing more, nothing less.  They make decisions about their product, brand, and corporate image like other companies.  They decide whether they want their customer reps to be young and attractive or to appear seasoned, wise, and professorial. Most importantly, they are concerned about their market, market share, and their future just like other companies.

Some time ago, ACT decided that their primary market and future was states, not colleges – and they grew that market.  The College Board, having their, um, let’s go with lunch handed to them decided to go all-in on state assessment and redesigned the SAT. Their decision has paid off as they have regained market share, but the recent success might be a Pyrrhic Victory. The current college admissions tests, both the ACT and SAT, and high school state assessments are an anachronism.

ACT is already re-imagining the future with ACTNext.  True, when I think of the ACT test and ACTNext the first thing that comes to mind is the Aaron Sorkin film Steve Jobs and the repeated descriptions of the archaic Apple IIe funding Jobs’ vision of the future via the Macintosh.  The redesigned SAT is a really good Apple IIe.

It was a long and winding road from the first Mac to the iPod, iPad, and iPhone, etc., but here we are.  Close your eyes and you can see a future in which kids wear their ACTWatch or have an implanted ACTChip (trademarks pending) from early childhood through age 14-16 (the new flexible, competency-based end of high school) and their postsecondary pathway is laid out before them.  Come on, it’s easy if you try.