I learned a lot in the Boston Public Schools. I learned to read and to like reading. I learned enough math to have a successful limited run in the role of a high school math teacher and to set myself up for a career in educational measurement and assessment. I learned some Latin, and enough French to buy some bread and cheese on our honeymoon in Quebec (although I received about twice as much as I thought I was ordering).

As for learning to write, let’s just say those seeds were sown, but didn’t bear fruit until graduate school.

But when I think back on what I learned across those thirteen years, first at the John Marshall (grades K-4), then up the hill at the Mather (5-6), and finally at Boston Latin School (7-12), those are not the lessons that come to mind.

So, here’s my list of one lesson learned from each grade level, K-12, that helped shape the person I became.

One day Miss Emery turned an apple on its side. Instead of slicing from the stem down through the core she sliced it across the middle. When she separated the two halves, a beautiful star appeared.

Just a little shift in perspective made all the difference in the world. 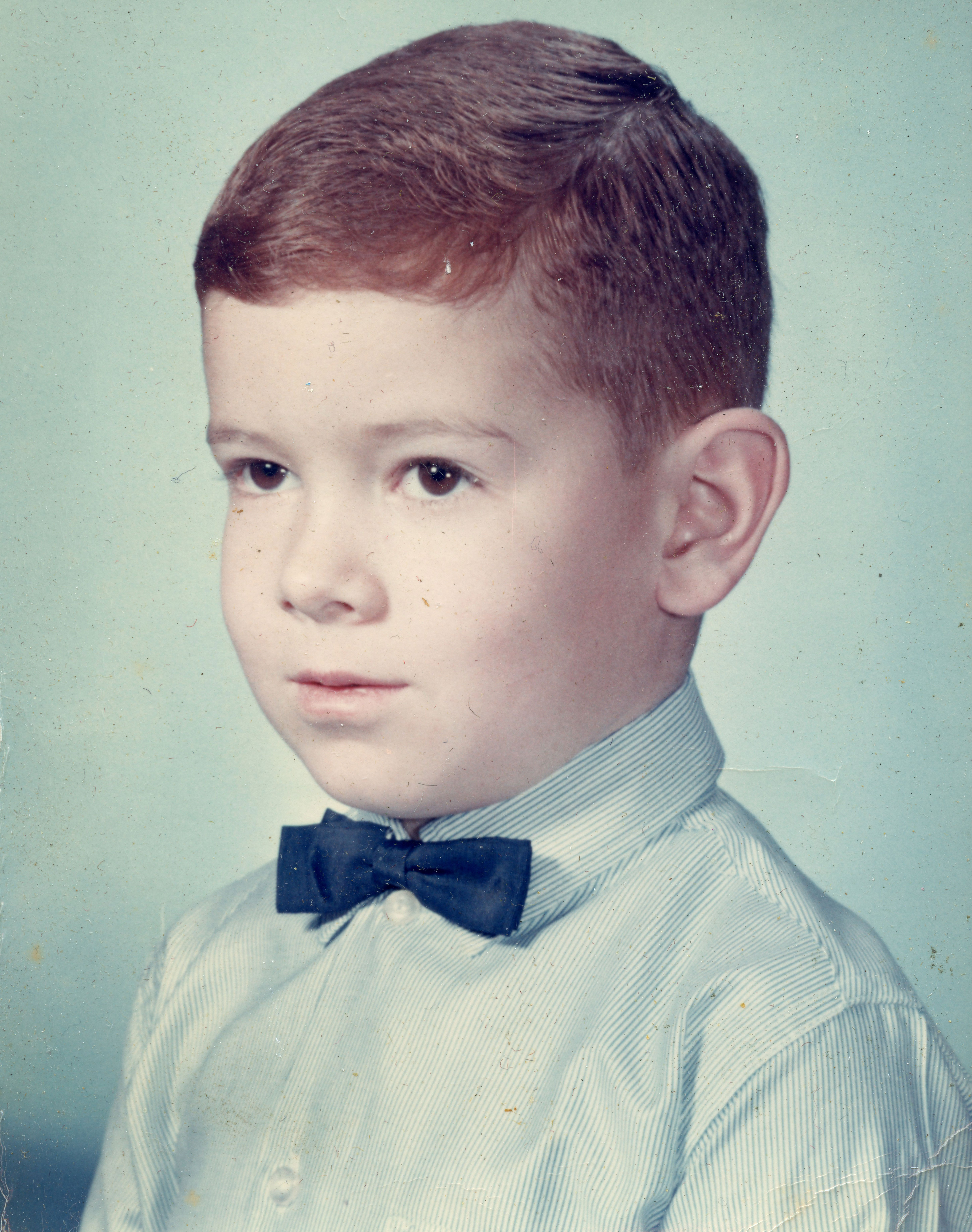 On a Friday afternoon we learned to spell the word FLAT. Yes, we didn’t learn to spell and read until first grade back then.

That evening while my parents were playing whist with my aunt and uncle, I told my father that the tire on his car was F-L-A-T. He ran to the window. Eventually, hilarity ensued.

Well, the story made it into school. Miss Lydon made me repeat it for other teachers, the principal, and a visiting district administrator.

In preparation for the annual Flag Day celebration, the second-grade classes were combined to learn to sing God Bless America. All was going well until we go to the lines

From the oceans to the prairies
To the mountains white with foam
God bless America, my home sweet home

Having heard the song incessantly as my sister prepared for her dance recital, I told the teacher that didn’t sound right. At first, she pushed on and we continued to rehearse. After conferring with the other teachers during a break, the oceans and their foam were reunited. Apparently, she always sang it the other way.

I never thought about my memory until one Friday morning. We were given a list of words to learn on Monday and there was a test on Friday. It played out the same way every week. We cleared our desks, took out a piece of yellow, lined paper, and wrote our name at the top and numbered down the side.

Mrs. Waters read the list of words one at a time and we wrote them on the paper.  She always read the words in the same order as our list, so that Friday, as soon as she read the first word, I wrote out the entire list. The nosy kid in the next row raised his hand and cried out, “Charlie’s cheating!”

After some intense questioning, it was decided that because not everyone in the class could memorize the list, I should just write the words one at a time. She never mixed up the order.

Miss Kearney had a system. On the side blackboard near the back corner of the room she drew a big grid, one square for each of us. She also had a box full of old Scholastic paperback books. For each successful test, completed assignment, or other accomplishment, you earned a tally mark in your box. A different color chalk for each subject area.

After you reached a certain number of tally marks, you got to select a book to keep from the box. Anything you wanted and there were topics for everyone. I tended to go for history and biography.

Fresh off my impromptu “performance” at the fifth-grade end-of-year concert (they asked me to stop singing and offered to let me introduce the song), I decided to try out for the part of Narrator in our class production of The Birds’ Christmas Carol. If they’re not going to let you sing, you have to make your own kind of music.

It was a big part. The kid whose mother volunteered to type the script onto the mimeo sheets wanted it, but I wanted it more.  That memory thing that I mentioned earlier came in handy this time.

And it turns out that speaking to large groups of people, when you are in control and know what you are going to say, is a lot easier than informal conversations.

[As I proofread this, it occurs to me that a few lessons were learned here.]

February 2, 1972. Lunch was finished, the day was almost over, and we were headed to Mr. Gordon’s U.S. History Class. When we arrived, however, we had to wait outside in the corridor. The seniors were still in the classroom, huddled together, listening as the dates and numbers were called in the selective service draft lottery.

This was just after college draft deferments ended, and as it turned out this lottery determined the last group of young men drafted into the Vietnam War.

Fitting for Groundhog Day, that day, that scene and the looks on the faces of those seniors played out in my mind over and over again.

Another spring, another concert. By this time, I was playing clarinet in the Junior Band – 56 boys strong. We were about to start our final selection. We were excited; ready to bring the house down with our rendition of Simon and Garfunkel’s Cecilia and its sick beat.

Mr. Boisen raised his baton to “give us four for nothing” and 56 hard-soled dress shoes stomped down in perfect unison on that wooden stage, the sound echoing throughout the historic auditorium in a way that it never had in the carpeted band room.

We played the song, and I’m sure it sounded fine for an eighth-grade band consisting primarily of second-year musicians. But it’s those four beats that were the talk of the night. Four deafening silent beats that I’ll always remember. You can’t come back from that.

Watergate was tearing the country’s faith in government apart. The prospect of forced busing and desegregation was tearing our city apart. Religious education had shifted from catechism classes with parochial school nuns to Sunday night movies and rap sessions with the cool, young priest who let kids smoke.

Sights once again were set on our school, its admissions policies, and now it’s faculty. Our class was down nearly a third since we started two years earlier and our top student had moved to New Orleans.

But life goes on.

Our class ranks were replenished by an influx of “B-sies” that included our future valedictorian.

And I read a poem.

If you can keep your head when all about you are losing theirs and blaming it on you,
If you can trust yourself when all men doubt you, but make allowance for their doubting too;

and if you can also do all those other things mentioned in Kipling’s poem, you’ll be a man.

Call it luck. Call it privilege. Call it hard work paying off.  Call it being in the right place at the right time.

In the middle of the 1974-75 school year The Greater Bostonians had an unexpected need for a third clarinet, our band director was one their conductors, and suddenly I was spending my Sunday afternoons in rehearsals with 65 of the most talented instrumentalists and singers I had ever met – “Young Artists in Residence” at Northeastern University.

Spring brought bus rides to weekly concerts across eastern Massachusetts,  music, camaraderie, standing ovations, an encore at a sold-out concert at Symphony Hall in Boston. There was also a record, an hour-long TV special, and we were the nightly sign-off music on a local television station for years to come.

Because of funding cuts, the group disbanded and the expected opportunity to do it all again in eleventh and twelfth grade never materialized.

In AP Latin, we translated the books of Virgil’s Aeneid, learning important life lessons along the way such as fortune favors the bold, beware of enemies bearing gifts, and of course, Hell hath no fury like a woman scorned.

In AP Math we learned a very different, but equally important, life lesson from Mr. Durante. Sprinkled in with the AB Calculus curriculum were the warnings to remember that there are sharks out there. You all think you are hot stuff, you’ve got it made with your BLS diplomas, heading off to Ivy League schools, but always remember there will be people out there looking to take you down. (People throw rocks at things that shine.)

Watch out for those sharks.

So much of who we become is shaped by those thirteen years and we happen to spend much of that time in school.

Was the reading, writing, mathematics, science, and social studies I learned important? Of course it was.

As was the knowledge gained from the music classes and performances, and the French classes where we read Camus and Voltaire while the kids in the German class across the hall learned drinking songs (at least that’s how I remember it); and yes, even the Latin classes.

And important too were the formal field trips to the Museum of Fine Arts a few blocks away and the informal field trips when Mr. Salterio took us to the Gardiner Museum on the corner — a building we rode by every day without ever imagining the beauty and stories that were inside.

Let’s keep all of that in mind as we restart and reimagine school accountability and school effectiveness.

Header image of apple by Tereza Lexová from Pixabay